Travelling from Jeppo via Helsinki and Amsterdam to Nairobi. 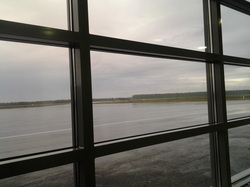 October 8 2013 - Arrived to the airport and now waiting  for the first part of my journey a short flight Kokkola - Helsinki.
The plan is to spend the night at the airport in Helsinki, and meet the rest
of the group 5 o’clock in the morning.
Security check passed, no problems with laptops,transformers,headphones USB sticks or medicines.
The journey has started,and my expectations  are high.
Cloudy weather so nothing to see when we flew over Jeppo area about 20km south of Kronoby airport.
Kronoby 17:36 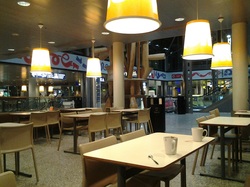 Arrived in Helsinki and luggage picked up. Evening tea in the café and a phone call home to report that everything is fine.
Having 9 hours to spend, there is absolutely no idea to hurry with anything.
The new built arrival and departure halls can be studied all night long.
After some hours i had a good idea where the group should meet,and no one could miss the  the security check area.
My second plan was to check out the air traffic with a USB TV-Stick and some software running on a small 10" ACER laptop.
Helsinki 20:00

The group has met,all are present and in good shape.Some are old friends,and some are now new friends.Luggage dropped to KLM, and then the way thru  security check, and finally to the specified departure gate.
07:05 Departure Helsinki  - Amsterdam.
Arrived in Amsterdam and still in EU,we had to exit out to the outside world,remember that the  destination was Nairobi.
This passport and document check was a sad story.We found 4-5 lanes, and some officers trying to direct the crowd into the lanes. It was very unclear about what lane one was supposed to join,the difference was about citizenship and type of passport. We had enough of time,our departure time for the flight Amsterdam - Nairobi was 11:15,so it really did not matter we all came through in time.
Again some walking to reach the departure gate,standard procedures at security and then on board the KLM 747.

Nice window seat with window view, a lot of preloaded containers loaded.Arrival estimated to 20:10 local time in Nairobi. Kenya is one time zone to the east of Amsterdam time zone ,so a travelling time of about 8 hours is to be expected.
10:51 Local time
Take off,climbing,and a turn to the south.The Captain announces  that the path is straight to Nairobi with some minor corrections.
We are served everything we need,and the plane is very stable in the sky.The only thing to wish would be some visibility,but that was not on the menu.

Looking out the window  something caught my eye,it was an other plane below us to the right.
I consulted my air traffic monitor,and found more than one plane around us.
After the lunch over Italy the sky cleared and some nice views were captured. 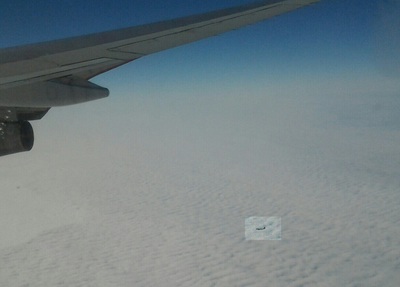 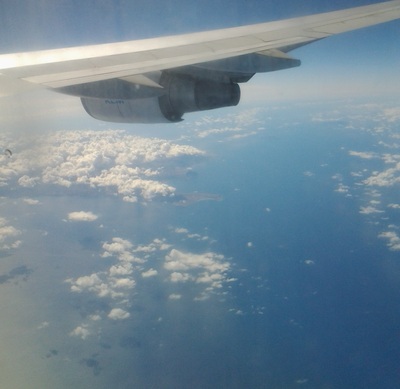 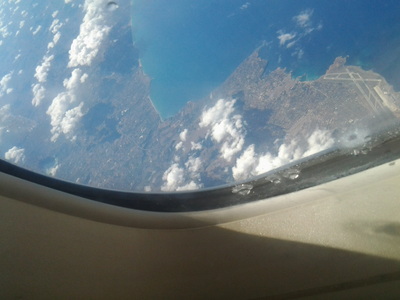 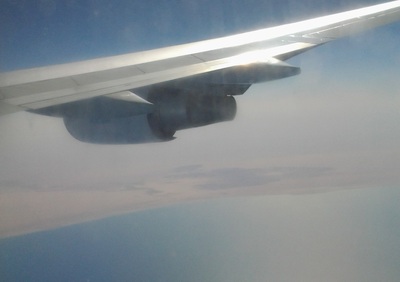 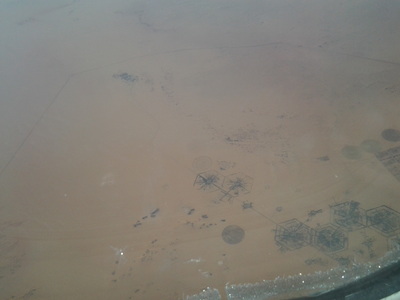