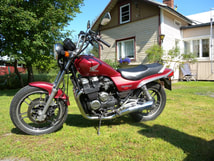 The first year I replaced the front fork seals, I also noted that there was plenty of
"Blue smoke" when loading the motor.
Well,keeping the speed below 85Km/h and adding oil was my strategy for several years.
Checking the spark plugs gave me the information that there was a problem in cylinder number 3, but since the engine started and somehow behaved, I left the fixing of the problem to the future. 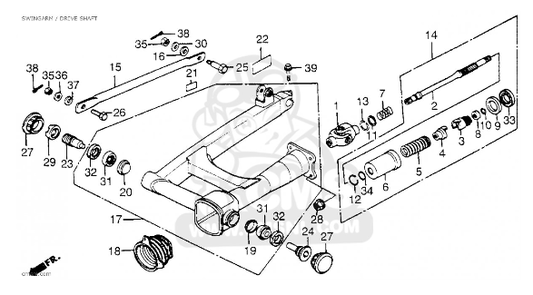 The problem  with the drive shaft took some weeks to fix.I had already "heard" sounds from the drive line, sounds that  shouldn’t  be there, so I had already bought some second-hand E-Bay parts. Part number 1 Universal joint and part 14 shaft assembly. 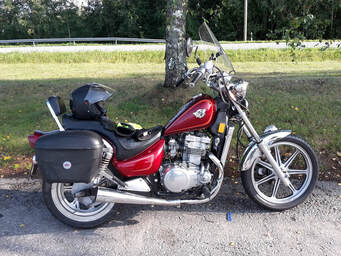 I had a plan to serve the EN 500 for the season 2019. The plan was new tires,new wheel bearings,valve adjustment and starter overhaul. The starter showed typical symptoms of worn carbon brushes.The list was sent to CMS , one of the best suppliers of MC parts for older type of bikes.Some surprises were found, the front drive sprocket was worn on the shaft, maybe not too bad, but with everything open, I replaced it.
When the starter was to be taken out,the tight passage between the carburetor and the engine was a problem.
The carburetors are slightly movable since they are mounted on rubber flanges, this is where I messed upp the jobb.
I moved the carburetor too much and the O-rings on the T-pipe, the fuel rail between the carburetors were damaged.
This was of course not noted until the first startup, with fuel flowing over the engine.The O-ring type should withstand the fuel, so Viton type is recommend. After this battle i had the bike running in the end of June.
​​
A 200 km day trip south to Sideby and Skaftung. 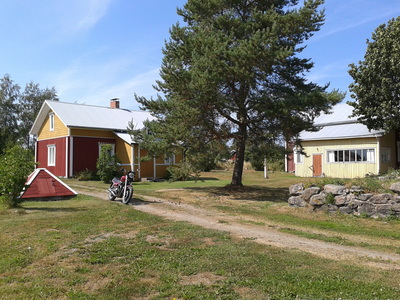 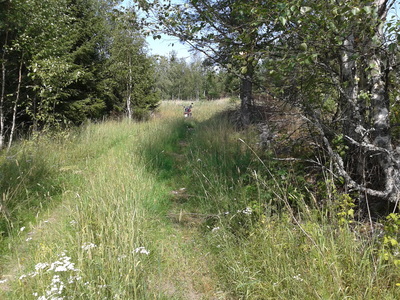 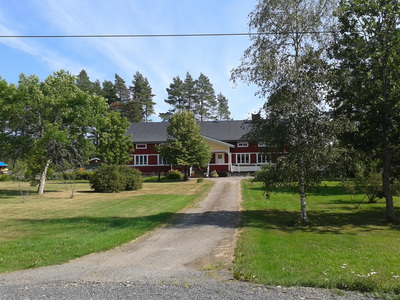 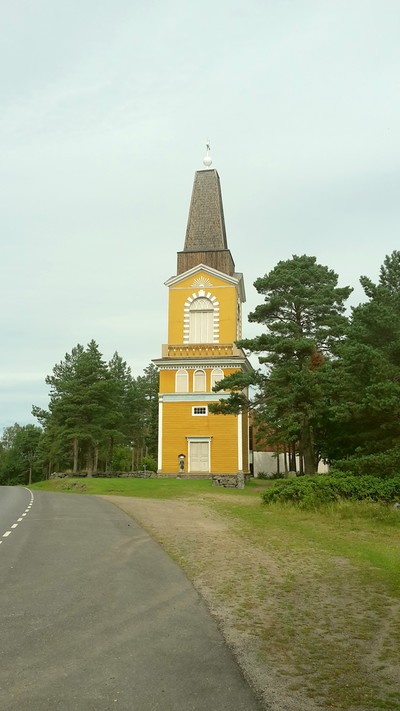